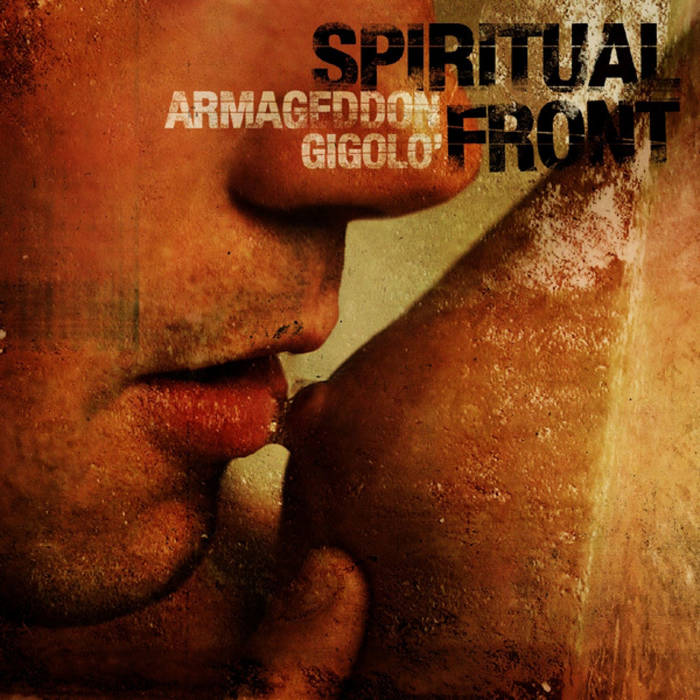 Lute FP I'd call this 'Art Rock'. I hear early Nick Cave, Tindersticks, Sol Invictus, and a lot more. Poppy song structures with melancholic tones; sonically captivating, with twists and turns through the album. Lots of organic sounds, compelling vocals, this is chock-full of sounds to please the ear buds. Excellent album.

Ruadhán Quentin Jarman-McElroy This record is magical. I don't just mean that it's brilliant, because it's that, too. It's not a phrase I use lightly, out off respect to the entities that work most closely to make magic happen. I mean that, intended or not, this album is literally alive on a plane of aether, and does things to the soul and world as one listens.

Listen to it, love it, but tread lightly, and if you don't, expect wyrd.

With this significant album the new era of the SPIRITUAL FRONT started. Aside of Simone Salvatori there was the whole bunch of musicians working on the record. The music was composed by an amazing composer Stefano Puri. He recorded piano, keyboards and synth as well. Electronic and acoustic guitars were by Jack Puri. Andrea Freda was traditionally responsible for the drums and percussion. Let’s not forget the additional beautiful instruments, performed by musicians of the Ennio Morricone’s orchestra.
The album contains the immortal hits “Slave”, “Bastard Angel”, “I Walk the (Dead)Line”. No concert is possible without those beloved songs. And even “Ragged Bed” and “No Kisses on the Mouth” are still possible to hear live from time to time.
“It is rather a post-modern, but innovative, mixture of Acoustic Pop, Folk, Rock'n'Roll and Western, somehow anchored in Nick Cave’s music or in Ennio Morricone’s soundtracks, all veiled in a romantic and bizarre dimension!” wrote the critics (of the kogaionon.com) back then. “Armageddon Gigolo was a revolution and lead thousands of music lovers into their nihilistic temptation, bringing passion and sweet pain into our lives.
Let’s remember what Simone said about the album himself right after it was released in 2006:
"I’m very satisfied about it…we worked hard…for a long time…i think it’s my best album ‘til now […] "It represents the suicide mission of a lover. Me, you, every person in this world condmend to love. To need sex, flesh, cum. Liquid. Sex is armageddon. Passions are armageddon. The end of our liberty. […] it grew day after day. It grew with me… and inside the people who played in it. My first goal is to be honest with myself. Spiritual Front represents me. I sing bout my life. "AG” is what i am… what I was during that period. It’s real music for real people.“