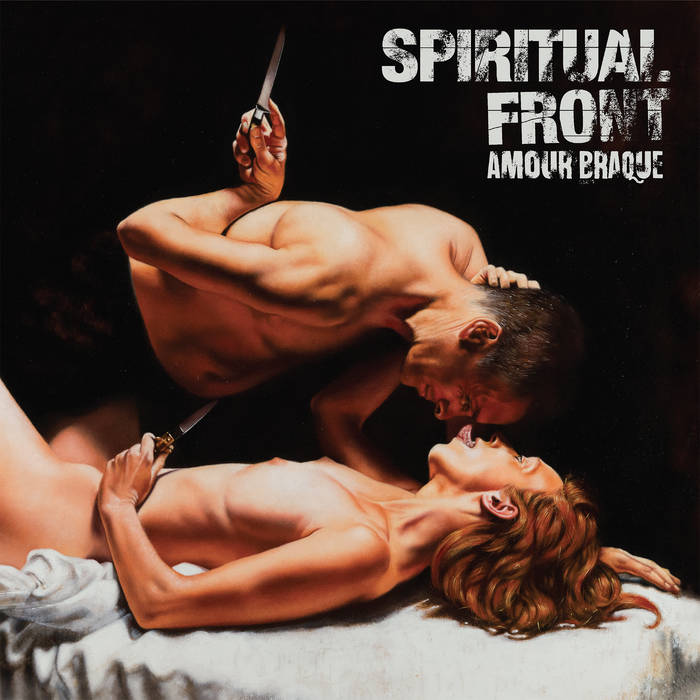 Five years after the compilation album "Open Wounds", Italian 'suicide pop' trio Spiritual Front will release its new album, "Amour Braque" via Auerbach Tonträger / Prophecy Productions. French for 'Mad Love', "Amour Braque" is conceptually described as "a sincere and cruel analysis of what love/sex relations are, a path that switches between tenderness and rot".

Formed in 1999 as the solo project of Simone H. Salvatori, Spiritual Front dubs its sound "catchy ballads for heartbreaker nihilist youth"; its Morricone-inspired neofolk channels art rock, tango, new wave and country influences through a modern lens. Spiritual Front's unique musical identity is a reflection of Salvatori's savoir-faire which sees the frontman as a sort of Machiavellian playboy, merging Las Vegas-esque pomp and stomp with a surly suggestiveness, lending the band's sound a hedonistic flair. The lyrical themes shared by Salvatori deal with issues such as searching for self-identity, sexuality, harsh realities and angry break-ups, each tinted with sarcasm, nihilism and biting humor. In its time as a band, Spiritual Front has contributed to the soundtracks of the TV series "Las Vegas" and the motion picture "Saw 2" as well as independent films, theatre productions and modern ballets.

Buy at our shop here: